Doctor Robert D. Multari, son of Anthony and Helen Multari, was born and raised in Farrell, Pennsylvania. Rob is one of seven brothers and sisters. He attended Farrell High School where he was elected class president of the graudating class of 1968. Doctor Multari Graduated from Philadelphia College of Osteopathic Medicine in 1976.

Doctor Multari specializes in Internal Medicine and Pain Medicine with expertise in these areas. Doctor Multari is a highly experienced doctor, with over 30 years of practice in the medical field and is highly regarded by his patients.

Doctor Multari is a father of three accomplished adult children, Doctor Heather Mourtacos, Doctor Hillary Dolan and Robert A. Multari. Doctor Rob is also blessed to be a grandfather to six grandchildren. 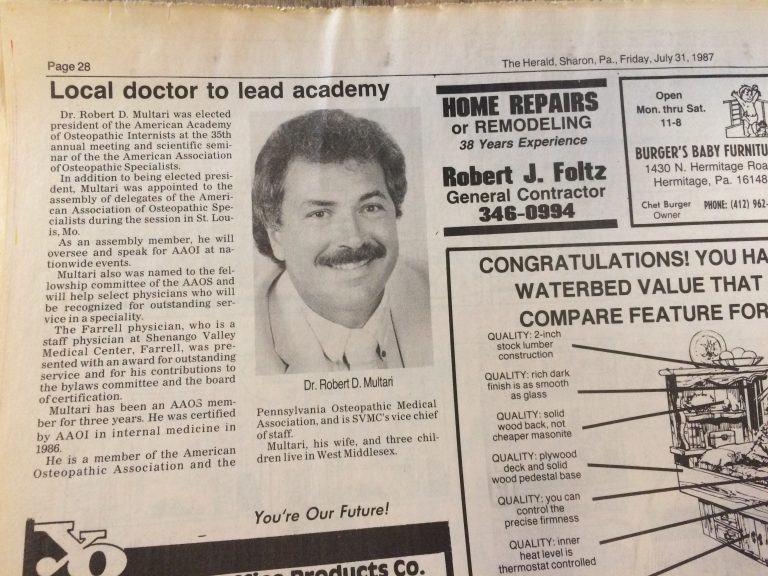